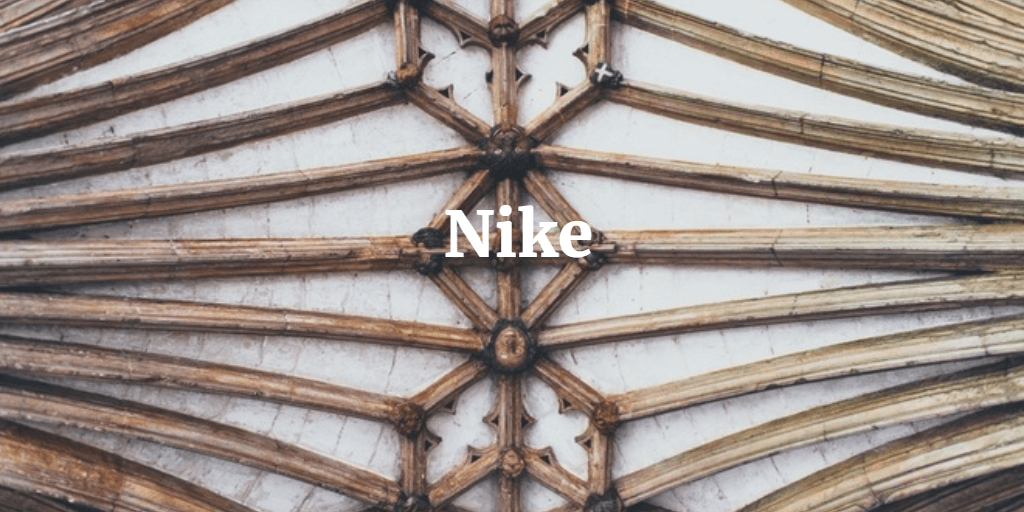 Nike is one of the world’s most popular sports apparel brands today, with a formidable market presence and brand identity.

Pronounced ‘ni-key’, the company was named after the Greek goddess of victory to fit in with the athletic theme of its products, while the logo is represents the goddess’ wing. Interestingly, this characteristic ‘swoosh’ – undoubtedly one of the most recognisable logos in the world today – was originally designed by a graphic design student in 1971, and cost $35 at the time!

The Nike Company was started out of the boot of company founder Phil Knight’s car. Knight was an athlete-turned-entrepreneur at the University of Oregon in the late 1950s, where he met athletics coach Bill Bowerman.

The pair hit upon the need for a more lightweight running shoe for athletes, which was to become the big idea that would spark the beginnings of the company in later years. While studying for his MBA at Stanford University, one of Knight’s projects was to devise a plan for a small business.

Recognising that high-quality products could be imported to the US for a relatively low cost, Knight saw a niche in the market for athletics products to be imported in this way. Around the same time, on a trip to Japan, Knight came across a local company manufacturing just the type of lightweight shoes that he was after. Imports of the Japanese running shoes to the USA began soon thereafter.

Craving? Here is the complete list of the most reliable food courier companies’ contact details and operating hours in Knysna, Cape Town, Northern Suburbs, and Stellenbosch in Western Cape....