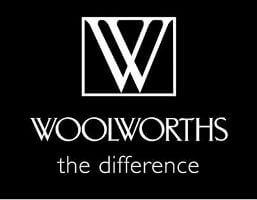 This global retail giant was founded in 1931 in Plein Street, Capetown. Find details on woolworths factory shops in Capetown, Durban and

The Woolworths brand is a household name throughout most of South Africa.

Known as one of the country’s most prominent retail chains since the first store was opened by Max Sonnenberg in 1931, located on Plein Street in Cape Town. A Durban store followed three years later, followed shortly by locations in Port Elizabeth and Johannesburg.

Sonnenberg’s original idea was to develop a chain of stores based on the model of other Woolworths chains, such as those in Europe, North America, and Australia, despite having no official connection with these existing brands.

Trademark laws did not prevent him from using the same name for Woolworths South Africa, however.

Woolworths got its first big break shortly after World War II, when a friendship between Sonnenberg and Sir Simon Marks (son of the founder of Marks and Spencer) culminated in a relationship being established between the two companies.

This relationship was initially of a financial nature, but later became a more personal and technological partnership. During the period between 1981 and 2001, Woolworths was also merged with Truworths to form the Wooltru Group.

link to 11 STEPS TO NEGOTIATE BETTER PRICES FROM SUPPLIERS (2019)

This first quarter of the year marks a new chapter for everyone to start a new project, a new resolution to dwell [and act upon], and new ways to earn money. One of them is getting into e-commerce or...

Changing weather calls for changing times, especially in the corporate setting within South Africa. While people’s attires are more likely the most ostensive of this change, this may also imply a...