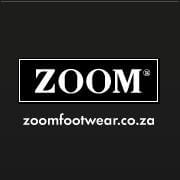 The ZOOM brand is one of South Africa’s most well known retailers of shoes and other footwear products.

It has become something of a fashion icon in the country over the years since the company’s products first started appearing on the local market. Under its parent company, the Universal Footwear & Trading Company, the many ZOOM stores that can be found throughout South Africa serve as retail outlets that stock all of Universal Footwear’s brands, offering a wide range of stylish and fashionable products under one roof.

The Universal Footwear & Trading Company was established in 1993 by footwear enthusiasts Philippe and Sheri Hasson, who began with a vision of bringing a broader selection of footwear to South Africa than that which was available at the time.

Establishing a leader in footwear and fashion

To achieve this, they set about sourcing quality products from all over the world, with a particular focus on brands and makers that had previously been unavailable in South Africa. Of course, part of this process involved a fair amount of international travel in order to meet potential suppliers and source new product.

In order to finance one of the first of this essential business trips, Philippe was forced to sell his beloved Harley-Davidson motorcycle, which had originally been a wedding gift from his wife.

As low as R45! Here are the grocery delivery service companies you can find in Western Cape, Eastern Cape, and throughout South Africa.  Running out of stock but want to avoid going out...